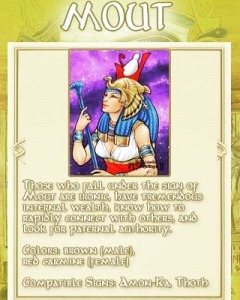 The headline news for 2015 has little to do with the tumultuous Uranus-Pluto squares that have rattled our lives since 2012. Sure, we’ll experience one more rumble on March 16 between these two heavy hitters, but that’s hardly the focus for 2015.

This year, it’s all about Saturn.

On December 23, 2014, Saturn moves out of Scorpio and into Sagittarius. Saturn will backpedal into Scorpio again from June 14 until September 17 in 2015, but after that he’ll remain in Sagittarius until December 19, 2017. What does all of this mean?

Get personalized predictions for all of 2015 with a 1-Year Astrology Forecast!

The school of hard knocks

In a nutshell: karmic shift. Saturn is the planet of discipline and responsibility, and without him nothing would ever really happen in our world. Still, he is a harsh taskmaster with an often unrelenting protocol of teaching us about maturity through the school of hard knocks. While Saturn is moving through Sagittarius, we’ll experience a major reality check concerning religion, faith and broad thinking. High hopes will be tempered with a heavy dose of realism. While the goal is to create structure around our ideals to materialize them, in some cases we may struggle with an “all hope is lost” attitude.

On November 26, 2015, we’ll experience the first of three exact squares (a harsh angle between two planets) between Saturn and Neptune, the ultimate planet of spirituality. Neptune wants to dissolve boundaries while Saturn demands their creation. As you can imagine, these two planets together in square are like oil and water — they don’t mix well. By late 2015 you might endure a crisis of faith in a certain area of your life, and if so, it will likely continue into 2016. The good news is that, despite the tension, if you work diligently with this pattern you can create a solid foundation to back up your dreams.

Thankfully, expansive Jupiter will give us instant jolts of happiness this year. 2015 begins with Jupiter in Leo, and on March 3 and again on June 22, Jupiter will be at a gorgeous trine to Uranus in Aries. This will offer an opportunity to push your luck in a certain area of your life and know that you’ll succeed. As long as you’re willing to take a risk, there is certain to be a reward.

On August 11 Jupiter will move into discerning Virgo for the rest of the year, and we’ll have an opportunity to get hyper-focused on the details — especially as they relate to work and health matters.

Read any zodiac sign’s horoscope below!